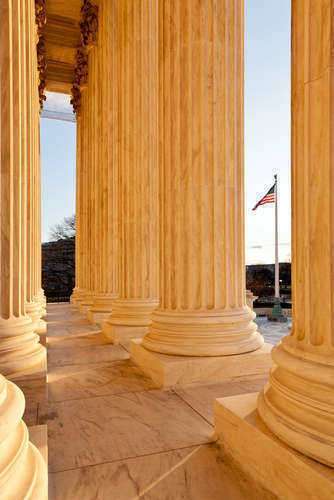 The case of Hazelwood School District v. Kuhlmeier is one of the most famous legal matters in U.S. history. Catherine Kuhlmeier was a student at East High School in St. Louis County, Missouri. The young student was a leading member of the school’s newspaper, titled “The Spectrum.”

The case of Hazelwood v. Kuhlmeier deals with what was published in the paper and how those stories affected the girl’s First Amendment rights or Freedom of Speech liberties. The school paper had a review process for what can and cannot be produced. This process consisted of the Principal of the School looking over the subject matter and content expressed in the paper.

The United States Supreme Court ultimately ruled in favor of the Hazelwood School District. The court stated that public settings, such as schools, will differ based on their location. As a result of this variance, the public school and their attached rules will govern over what can be produced by any publication associated with the school. Therefore, a school may not be entitled to adhere completely to the 1st Amendment.

The 1st Amendment to the United States Constitution ensures that all American citizens are granted the freedom to express themselves in accordance with the law. The 1st Amendment, which is part of the Bill of Rights, prohibits the passing of any law that impedes the free practice of religion, free speech, and freedom of the press.