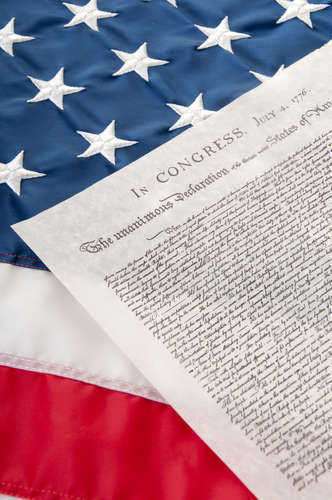 Today we all celebrate Abraham Lincoln as the man that issued the Emancipation Proclamation and ended slavery in the United States.

Did the Emancipation Proclamation actually end slavery for good?

The answer is no.  Lincoln, concerned that others might see his proclamation as a temporary order meant to hurt the rebel states push for the 13th amendment, which outlawed slavery everywhere in the United States.

Remember, that the emancipation proclamation only declared that slaves in the rebel states were free.  The 13th amendment made slavery and involuntary servitude illegal everywhere in the United States.

What is free will?

What forms of slavery are illegal thanks to the 13th amendment?

One cannot be forced to work to pay off a debt. This is called peonage. One cannot be threatened to work off debt either. If there is a debt between two people, the person the owes the other person has to volunteer or agree to work off the debt.

Let’s break down the important text of the 13th amendment!

Neither slavery nor involuntary servitude,

(involuntary servitude is being forced to work against your free will, even if you are paid)

except as a punishment for crime…

(if you commit a crime, the United States can make you work as punishment for what you did)

… whereof the party shall have been duly convicted,

shall exist within the United States, or any place subject to their jurisdiction.

Congress shall have power…

(this section gives Congress a responsibility against slavery…)

…to enforce this article by appropriate legislation

After the 13th amendment, no one could force anyone, with physical force, fraud, or threatening legal action to work against their will. This did not stop people from scaring people into working for them, although this was outlawed in 2000. If anyone forces anyone else to work against their free will, then the United States government will prosecute them for violations of the 14th amendment.