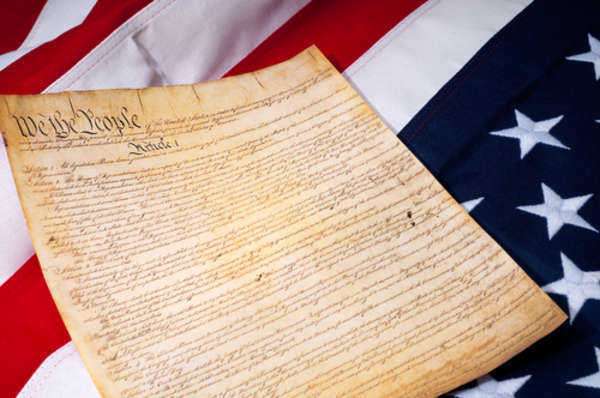 What is Article 1 of the Constitution?

Article 1 of the U.S. Constitution gives Congress its powers and limits. Congress is the legislative branch of the government, meaning they are the ones to make laws for the United States of America. The article also creates the two sections of Congress, which is called a bicameral legislature. The first of the two is the Senate, which is made up of two senators from each state. The second is the House of Representatives, which has representatives from each state based on the population.

How is Article 1 Broken Down?

Article 1 of the U.S. Constitution has ten parts or sections. Within each section, the article is broken down even more into clauses.

Section 3 of Article 1 describes explains how the Senate should be. This section says that there will be two Senators for each state, and they will have 6-year terms. In order to be a Senator, a person has to be at least 30 years old and must have been an American citizen for at least 9 years. He or she must also live in the state that he or she wishes to be a representative for

Section 4 of Article 1 explains that the States have the power to determine where, when, and how elections will be held for Senators and Representatives. The section also states that Congress must meet at least once each year, and this meeting must be on the first Monday in December.

Section 5 of Article 1 talks about how the procedure should be for each House of Congress. This includes the qualifications of members, the rules they must follow, how to keep records for what happens, and how a house can adjourn.

Section 6 of Article 1 looks at the privileges, restrictions, and compensation of anyone who is a Senator or a Representative. These civil officers get paid by the Treasury of the United States. They cannot be arrested unless it is for a felony, treason, or a breach of peace. They also cannot take an office in the Executive government while they are still in Congress.

Section 7 of the Article explains how Congress can make acts through bills. A bill can start in either the House of Representatives or in the Senate. Once the bill is passed in both houses, it can become a law. After it is passed, it will go to the president, who can let it pass or choose to veto the bill.

Section 8 of Article 1 gives the Enumerated Powers of congress. The enumerated powers are a list of items that Confess is specifically allowed to do. Examples of these powers include making money or setting up taxes.

Section 9 of Article 1 is a list of limits on the powers of Congress. For example, Congress cannot create any titles for royalty, like a King.