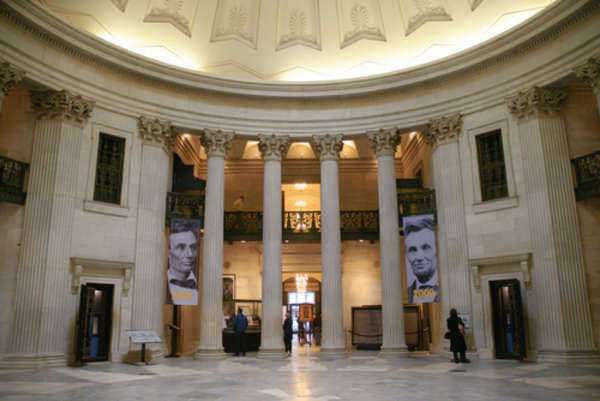 Just like the President and our mayors and governors, we elect our senators to represent us in the United States Senate. The Senate is one of two houses (groups) in the US Congress.

There are two Senators for every state, for a total of 100. This system is to make sure that every state has an equal amount of representatives in this important law-making body.

Did you know that Americans were originally not allowed to vote for Senators? Believe it or not, the legislature of every state used to elect the state’s senators and the people would elect the Congressmen that serve in the House of Representatives. If you think this sounds unfair, many Americans in 1912 thought so too.

The 17th amendment provides for regular voters to elect their Senators. The reason for this is simple when we look at the process to become a Senator in 1912.The problem with letting representatives choose representatives is corruption. Corruption is breaking the law to get favors or better treatment for yourself or someone else.

Text of the 17th amendment

The Senate of the United States shall be composed of two Senators from each State, elected by the people thereof, for six years…

(every state will have two Senators, and they will serve six-year terms in Congress.)

…and each Senator shall have one vote.

(one vote per senator, which now means 100 votes in total for our Senate)

The electors in each State shall have the Qualifications requisite for electors of the most numerous branch of the State legislatures.

There is also this important paragraph in the 17 amendments:

When vacancies happen in the representation of any State in the Senate,

(if a senator leaves office)

(the governor may appoint someone to fill that opening)

Provided, That the legislature of any State may empower the executive thereof to make temporary appointments until the people fill the vacancies by election as the legislature may direct.

(as long as the state allows the governor to do this)

Critics of the 17th amendment