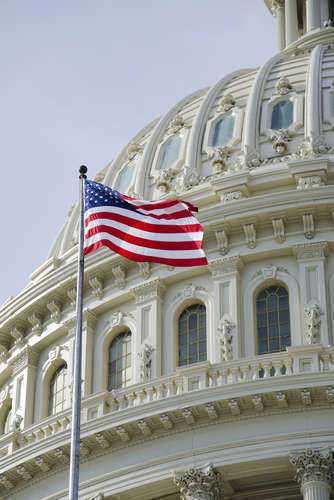 The African-American Civil Rights Movement were the movements during the 1950s to 1960s that were aimed at making racial discrimination against African Americans illegal and restoring their voting. This movement, as well as the Black Power Movement between the 1960s and 1970s, expanded the goals of the Civil Rights Movement beyond ending racial discrimination by including the feelings of political and economic self-sufficiency, racial dignity, and freedom from any oppression by white Americans.

The civil rights movement was most notably characterized by large campaigns of civil resistance. During that time, civil disobedience and acts of nonviolent protest resulted in crisis situations between government authorities and activists. Local, federal, and state governments, communities, and businesses often responded immediately to situations that demonstrated the inequities that African Americans faced. Examples of protest or civil disobedience included boycotts, sit-ins, marches, and many other nonviolent activities.

If you feel your rights were violated contact a civil lawyer.

1951:Linda Brown, an 8-year-old girl living in Topeka, Kansas, has to travel by bus to a distant school for African-American students, despite living within walking distance from an elementary school that is only for white children. This is due to segregation policies in the school districts. Linda Brown’s father sues the state school board of Topeka. The United States Supreme Court agrees to hear this case.

1954:In the Supreme Court case Brown v. Board of Education, the court decides on May 17 that “separate but equal” schools cannot be equal and are inherently unequal. This Supreme Court decision makes any legal school segregation unconstitutional.

1955:In July, Rosa Parks goes to a workshop held at the Highlander Folk School for civil rights organizers.

1955:On August 28, a 14-year-old African-American boy, Emmett Till, from Chicago, is murdered near Money, Mississippi because he allegedly whistled at a white woman.

1955:In November of that year, the segregation is prohibited by the Federal Interstate Commerce Commission on interstate trains and buses.

1955:Rosa Parks does not give up her seat to a white passenger on a bus on December 1 in Montgomery, Alabama, which was the catalyst for the Montgomery Bus Boycott.

1955:On December 5, Dr. Martin Luther King, Jr. is elected by the Montgomery Improvement Association as the president to lead the boycott.

1956:The first two months of the year, whites are angry about the Montgomery Bus Boycott, this anger results in the bombing of 4 African-American churches as well as the homes of civil rights leaders and E.D. Nixon and Martin Luther King, Jr.

1956:Due to a court order, the University of Alabama accepts Autherine Lucy, its first African-American student, but manages to find legal ways of preventing her attendance at the University.

1956:On November 13, the Supreme Court upholds the decision made by the Alabama district court which ruled in favor of the boycotters of the Montgomery bus lines.

1956:The Montgomery Bus Boycott finally ends in December and results in Montgomery buses being fully integrated.

1957:The Civil Rights Act of 1957 is passed by Congress. This act creates the Civil Rights Commission and also authorizes the Justice Department to look into cases of African Americans being deprived of their voting rights in the South.

1958:Cooper v. Aaron is ruled on by the Supreme Court where the court states that the threat of mob violence is not a good enough reason to delay desegregation of the school.

1959:On February 1, four African-American men who were students at North Carolina Agriculture and Technical College, visit Woolworth in Greensboro, North Carolina, where they sit down at a whites-only lunch counter to order coffee. Although they are denied service, the four men sit politely and silently at the counter until the store closes. This starts the series of Greensboro sit-ins and also triggers similar protests in the South.

1959:The downtown Greensboro Woolworth desegregates its lunch counter on July 25, after six months of sit-ins.

1959:Martin Luther King, Jr. joins a student sit-in on October 19 at Rich’s, a whites-only restaurant within an Atlanta department store. He, along with 51 other protesters are arrested on the charge of trespassing. Because King was on probation for driving without having a valid Georgia license, although he had an Alabama license, he was sentenced by a Dekalb County judge to four months in prison where he was to do hard labor. Presidential candidate John F. Kennedy phones Coretta, Martin Luther King’s wife, to provide encouragement while Robert Kennedy, John’s brother, convinces the Dekalb county judge to release him on bail. This call convinces many African-Americans to support Democratic politicians.

1959:In a 7-2 decision handed down on December 5 by the Supreme Court in the case Boynton v. Virginia case, the court rules that segregation on vehicles that travel between states is unlawful and unconstitutional because it is in violation of the Interstate Commerce Act.

1961:On May 4, seven African American men and six white activists who are known as the Freedom Riders, leave Washington, D.C., and travel through the rigidly segregated Deep South, with the goal to test Boynton v. Virginia.

1961:On May 14, the Freedom Riders who two separate groups, are attacked outside Birmingham, Alabama, and Anniston, Alabama. A mob throws a firebomb into the Anniston bus. In Birmingham, members of the Ku Klux Klan attack the bus after making earlier arrangements with local law enforcement to have 15 minutes alone with the bus.

1961:On May 15, the Birmingham group of Freedom Riders wish to continue their trip, but no bus agrees to take them so they instead fly to New Orleans.

1961:On May 17, another group of young activists join the original Freedom Riders to finish the trip, where they are ultimately under arrest in Montgomery, Alabama.

1961:On May 29, President Kennedy makes an announcement ordering the Interstate Commerce Commission to create and enforce stricter fines and regulations for facilities and buses that will not integrate.

1961:Civil rights activists take part in a series of protests in November, meetings, and marches in Albany, Georgia, which are later called the Albany Movement.

1961:King comes to Albany in December and joins the protesters, where he stays for nine months.

1962:King announces on August 10 that he is leaving Albany. While the Albany Movement is considered a failure, King gathers information here that is applied in Birmingham, Alabama.

1962:The Supreme Court rules on September 10 that the University of Mississippi has to admit, James Meredith, an African-American veteran, and student.

1962:On September 26, Ross Barnett, the governor of Mississippi, orders state troopers to stop Meredith from entering the University of Mississippi campus.

1962:From September 30 to October 1, riots erupt at over James Meredith’s enrollment at the University of Mississippi.

1962:Meredith becomes the 1st African-American student at the University of Mississippi on October 1 after President Kennedy orders United States marshals to the campus to ensure his safety.

1963:King, the Southern Christian Leadership Conference, and the Student Nonviolent Coordinating Committee organize a set of protests and demonstrations to fight segregation in Birmingham, Alabama.

1963:On April 12, the Birmingham police arrest Martin Luther King, Jr. for demonstrating in the city without a city permit.

1963:On April 16, Martin Luther King, Jr. writes “Letter from a Birmingham Jail” where he famously responds to eight white ministers from Alabama who begged him to end the protests and to just be patient with the judicial process for overturning segregation.

1963:President Kennedy delivers a speech on June 11 from the Oval Office, discussing civil rights and explaining why he sent the National Guard in order to allow two African-American students into the University of Alabama.

1963:The March on Washington for Jobs and Freedom occurs on August 28 in Washington D.C. where nearly 250,000. Here, King famously delivers his “I have a dream” speech.

1963:Kennedy is assassinated on November 22, but Kennedy’s successor, Lyndon B. Johnson, uses the country’s anger to pass civil rights legislation, using the legacy of Kennedy’s memory to do so.

1964:From June to August, the SNCC organizes a voter registration drive in Mississippi, which is now called the Freedom Summer.

1964:The bodies of Schwerner, Chaney and Goodman are found on August 4 in a dam. All three people had been shot, while Chaney had also been beaten badly.

1964:Congress passes the Civil Rights Act of 1964 on July 2. The act bans discrimination in public places and in employment.

1964:Martin Luther King, Jr. is awarded the Nobel Peace Prize on December 10 by the Nobel Foundation.

1965:Malcolm X is assassinated on February 21 at the Audubon Ballroom in Harlem.

1965:Three thousand marchers leave Selma for Montgomery on March 21 and complete the march without opposition.

1965:President Johnson signs the Voting Rights Act into law on August 6, which illegalizes all discriminatory voting requirements, such as requiring literacy tests before registering to vote, which was previously used by white Southerners to prevent black Southerners from voting.

1966:On January 6, the SNCC announces its opposition to the Vietnam War. Many members feel increasingly sympathetic towards the Vietnamese, and compare the indiscriminate bombing of Vietnam to the racial violence seen in the U.S.

1966:King moves into Chicago slum apartment on January 26 and announces his intention to begin a campaign against discrimination, but his efforts are ultimately unsuccessful.

1966:James Meredith beings his journey on the “March Against Fear” on June 6, from Memphis, Tennessee, to encourage African American Mississippians to register to vote. Near Hernando, Mississippi, he is shot. Others, including King, take up the march.

1966:On June 26, the marchers reach their destination of Jackson, Mississippi. They experience some tension on the final days of the march between some SNCC members and King over embracing the “black power” slogan.

1967:King makes a speech on April 4 against the Vietnam War in New York.

1967:The Supreme Court hands down a decision on June 12 in Loving v. Virginia, which strikes down laws that forbid interracial marriage.

1967:Riots break out in northern cities in July, including New York, Detroit, Buffalo, Michigan, as well as Newark, New Jersey.

1967:Cal Stokes becomes the first African-American to be elected as the mayor of a major American city on November 7.

1968:Martin Luther King, Jr. is assassinated on April 4 as he goes outside on the balcony of his motel room at the Lorraine Motel in Memphis.

1968:President Johnson signs the Civil Rights Act of 1968 on April 11. This act prohibits discrimination by renters or sellers of property.