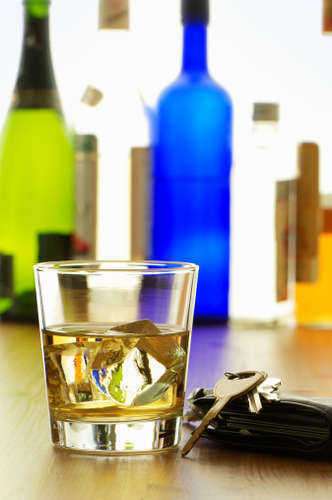 This is another simple amendment that ended Prohibition in the United States. Prohibition has been instituted through the 18th Amendment, with the backing of the Temperance movement.

The 21st amendment was an admission of the terrible failure of prohibition, which led to people disrespecting the law and criminals to do well selling illegal alcohol to those that wanted it.

Many states decided to keep anti-alcohol laws for a long time after the 21st amendment. This is known as “dry laws.”

Even today, there are some restrictions on when and where adults can buy alcohol. Other states may have laws that ban alcohol unless the local government agrees to have a referendum (vote) on the matter.

What is the text of the 21st Amendment?

The eighteenth article of amendment to the Constitution of the United States is hereby repealed.

(Should the 21st Amendment pass, it will strike the 18th Amendment from the Constitution as the law of the United States.)

The transportation or importation into any State, Territory, or possession of the United States for delivery or use therein of intoxicating liquors, in violation of the laws thereof, is hereby prohibited.

(This somewhat controversial provision allows states and local governments to ban the sale, possession or delivery of alcohol)

This article shall be inoperative unless it shall have been ratified as an amendment to the Constitution by conventions in the several States, as provided in the Constitution, within seven years from the date of the submission hereof to the States by the Congress.

(Like the 18th Amendment, this amendment had to be ratified in seven years to be valid)
Proposal and Ratification
The 21st amendment passed Congress and was put forward for ratification in February of 1933. This Amendment was approved quickly, with the requisite (required) 36 states ratifying the amendment by December of 1933. This was the first and only amendment that specifically eliminated another amendment to the constitution.

Although many areas did not immediately allow for alcohol consumption, others readily allowed it. Dry laws are a holdover from the time the 21st Amendment overturned prohibition but allowed states to set their own laws for liquor licensing and alcohol consumption.